Not Everyone’s a Barbie Girl: a timeline of the iconic doll’s Eurocentrism 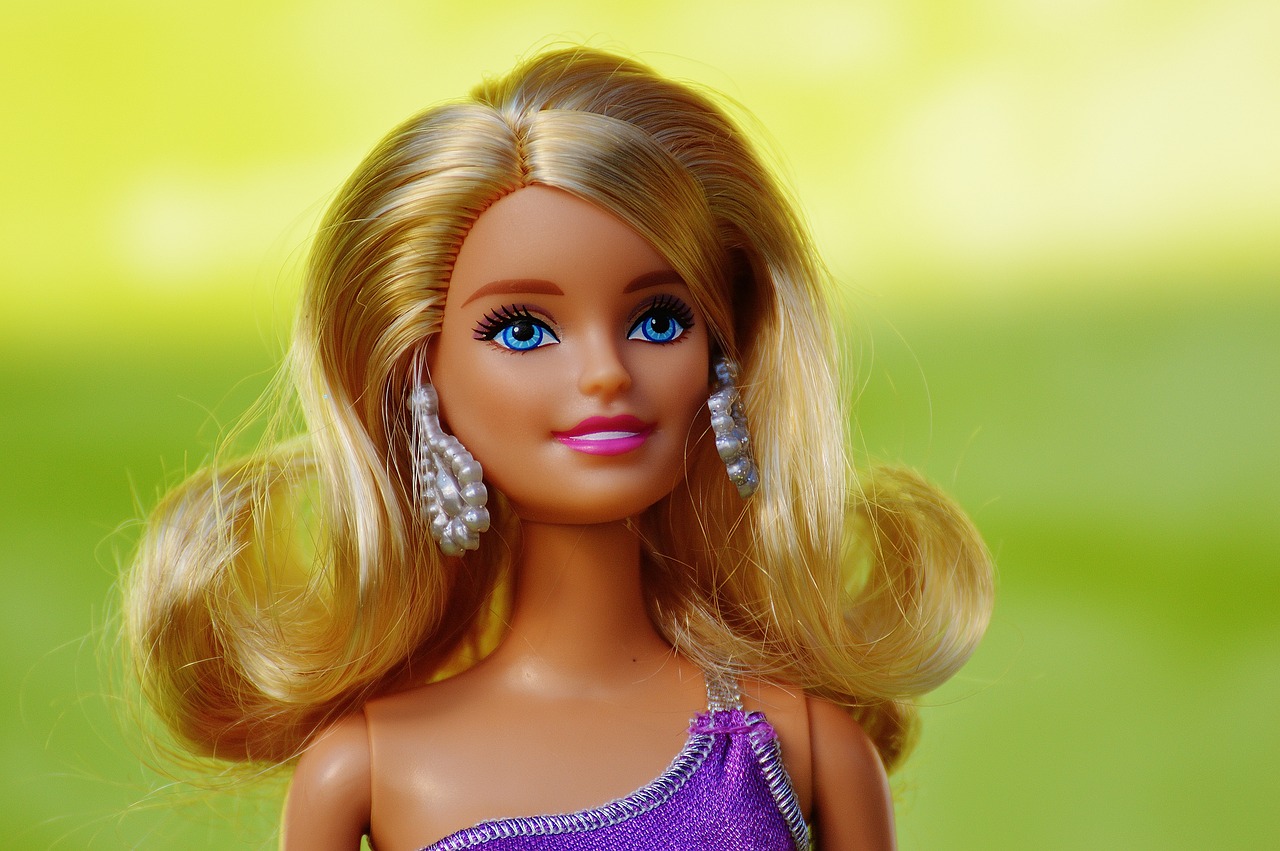 This National Barbie Day, we’ll be taking a look through some of Barbie’s ever-changing outfits, careers, body shapes, and skin tones, while dissecting the toy’s consistent problematic-ness and evolution.

Modeled after stars like Marilyn Monroe, Rita Hayworth, and Elizabeth Taylor, the doll was criticized for being too sexy for young girls. Nevertheless, more than 300,000 dolls are sold this year alone.

Barbie Red Flare comes out, reflecting both the mod fashion of the 1960s as well as First Lady Jacqueline Kennedy’s elegant womenswear. The doll’s features soften, but she is still sporting her classic blue eyeshadow and red lipstick.

While Barbie dips her toe into the workplace through modeling, designing, nursing, and babysitting, she also goes to space. Just two years after Valentina Tereshkova became the first woman in space, Miss Astronaut Barbie hits stores everywhere. She dons a metallic space suit, a white helmet, mittens, and light brown zip boots, topping the look off with a platinum blonde bob.

This is also the year of the Slumber Party Barbie, whose accessories include a controversial diet book with tips like “don’t eat” and a powder pink scale set to 110 pounds. Toymaker Mattel excludes the scale the following year, but for some questionable reason, the book remained in the set.

In 1969, Christie, the first Black Barbie, debuts. While she is associated with the original Barbie doll, Christie is not Barbie herself. Instead, she’s promoted as one of Barbie’s friends with whom she shares clothes. She wears a psychedelic-patterned blouse with a brown, pleather trim and is, unfortunately, a vision of Eurocentric beauty from her facial features to her straightened, black hair.

In 1971, Malibu Barbie is ready to hit the beach in a seafoam green swimsuit and towel. The doll’s modern look is also solidified this year, with her long, pin-straight blonde hair, soft pink lipstick, and a welcoming grin that showed off her teeth.

Two years after Barbie got to go to the beach, it’s now Malibu Christie’s turn. Like Barbie, she wears her long, black hair down along with a bright yellow swimsuit and subtle brown eyeshadow. Her features are also criticized for not being authentic to those of Black women.

Surgeon Barbie also enters the scene. Rather than wearing regular scrubs like an actual doctor would, she has on a scrub minidress of sorts. She does, however, come with a face mask and surgical cap.

A Black and a Hispanic Barbies are released. Though it’s commendable that the dolls are standalone Barbies who aren’t the original doll’s friends, or white, both still have Eurocentric facial features. The Black Barbie does have an afro and opulent red dress, while the Hispanic Barbie wore a derivative, stereotypical fiesta dress. But their body types and facial features remain strictly Caucasian.

These two decades also mark the beginnings of Barbie’s “Dolls of the World” collection. It includes an Indian doll (1982), who is described as “enchanting” with her plain, three-piece sari; a Native American doll (1993) who wears braids, moccasins, and a fringe dress. She is even stated to be “proud of her Indian heritage” several times in the website’s description. Also featured is a Ghanaian doll (1996) in Kente cloth, a turban and gold sandals for “walking through the lush forests” or the “wilds of Africa;” and a Thai doll (1998) who  in traditional clothing is  as “beautiful and exotic as the land she represents.” To add to all the cultural insensitivity and exoticism laced in this collection’s marketing, each doll still has Eurocentric features.

Mattel decides to give Barbie a more realistic figure. She gets a smaller chest and a bigger waist. Then, to promote this new change, the company partners with Nabisco and releases both a white and Black “Oreo” Barbie, failing to recognize that the term “Oreo” is used as a derogatory term toward people of color who “act white.” Barbie eventually recalls the dolls.

In the 2010s, Mattel was looking to rebrand Barbies even more and make more diverse, inclusive dolls. This year, the company launches the FindYourStyle collection, which features dolls of different skin tones in various on-trend outfits.

Mattel releases the Fashionistas line, which finally shows Barbie is not just her original body type, but as a tall, petite, or curvy doll as well. In total, the collection features 33 new dolls with seven different skin tones, 22 eye colors, and 24 hairstyles, including dyed hair, mohawks, afros, braids, bobs, to name a few. The dolls’ features are also starting to look a bit less Eurocentric and more accurate to the backgrounds they are meant to represent.

Beyond the Barbie Girl

While Barbies have come a long way from their 1959 debut, there’s still a lot of work to be done. Every day, more and more young children are coming into their own and discovering the people they want to be. They are learning more about what makes them unique. As one of the most recognizable toy brands, Mattel holds an immense influence over these impressionable minds and even has the daunting power to make or break social concepts like gender roles.

Dolls are meant to encourage kids to use their imagination and create their own little worlds in which anything can happen. Oftentimes, dolls are one of the first things that teach a child how to interact with others. If kids don’t have dolls that are representative of the world around them, their imaginations aren’t stretched and they won’t be able to exercise empathy, compassion, and understanding until later in life.

In that same vein, dolls provide growth for all kids, not just girls. Mattel has come under fire for being cut off from reality in terms of how they approach product creation. In 2019, they released their first “gender-neutral” line of dolls, a move that was applauded but also criticized for its lack of nuance. One writer even observed that the appropriate term was gender fluid and that the dolls were all still uniform in body size.

The company also needs to show Barbies with different partners, rather than just Ken or whatever heteronormative, average relationship Mattel decides to put her in next. For a company that’s starting “pushing” boundaries and inserting more and more representation into their toys, it’s due time for a queer Barbie. In fact, members of the queer community even pushed for a same-sex partner for the iconic doll.

Barbie’s existence is deeply-rooted in hyper-femininity and while steps are being taken to dismantle this ideal, consumers can’t seem to shake off the idea that these measures are akin to virtue-signaling, and all for a cash-grab. She is intrinsic to American culture and considering the nation is capitalistic, Barbie’s presentation and her makers’s actions are far from surprising.

Culturas is committed to highlighting stories from underrepresented communities. While we threw the spotlight on Barbie, there are several fair trade companies that were founded on empowering young kids. One such group is Red & Olive and we will bring you their story in the coming week. Watch this space for more.

Ezra Edmond recalls a moment in a bookstore where he saw a mother of two biracial children searching for Jewish books. He remembers wishing...
Read more
News+Pop Culture

Even though 2021's Halloween finished last weekend, horror movie villains are a mainstay when it comes to sending chills down spines. All Home Connections...
Read more
Media

Halloween is right around the corner. Considering the joy that comes with candy and tricks there are still a few things to keep in...
Read more