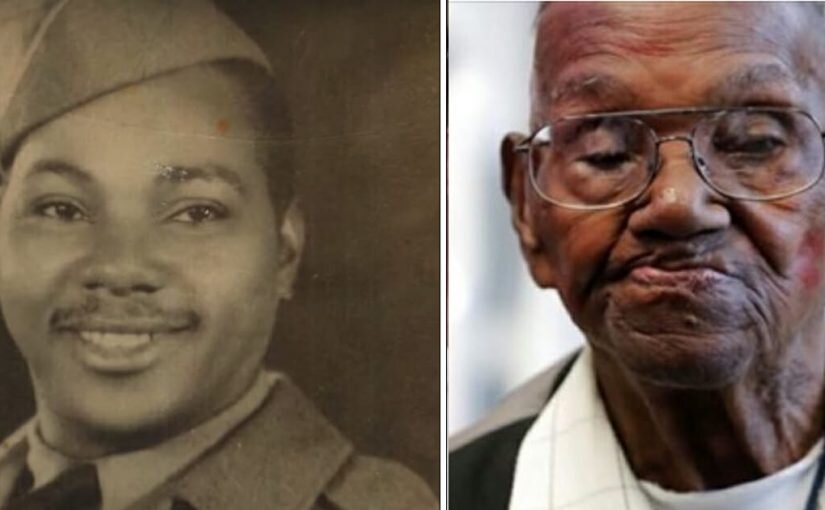 Lawrence Brooks. You may not know his name, but you certainly should.

The 110-year-old Brooks served initially as a servant to three white officers within the 91st Engineer Battalion, stationed in New Guinea and then the Philippines. His duties included cleaning their sheets and uniforms, as well as shining their shoes.

He was recently honored at the National World War II Museum in New Orleans, and now holds the distinction of being America’s oldest living WWII vet eran. The title had previously been held by Mr. Richard Overton, though he sadly passesed away at the age of 112 . . .