Home Linked Man Reveals How He Got His Asian Parents to Approve Of His...
LinkedNewsNews+Pop Culture 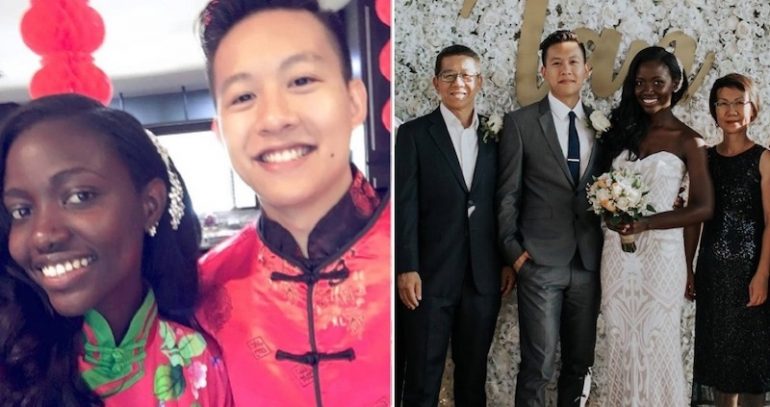 A newly-married Asian man shared on social media how his father eventually learned to accept his African wife.

Clarence Tan, a half Hongkonger and half Singaporean man living in the United States, recently tied the knot with his girlfriend Edna Sophia, a woman from Ghana, West Africa.

In a post on the Facebook group Subtle Asian Traits, Tan shared his father’s initial apprehension, and eventual acceptance, of his fiancée.

“As you can imagine, dating a black/African woman isn’t always welcomed with open arms in Chinese/Asian culture. And sure enough, when I started dating Edna, I had kickback from my parents— especially from my dad,” Tan wrote . . .

Over the weekend, Netflix kicked off its release of classic Black sitcoms, hailing mostly from the ‘90s and early ‘00s. “Moesha” came to the...
Read more
- Advertisment -

Below are five yoga poses that will help keep people of all ages relaxed and happy.    While we are all stuck inside with limited activities...
Read more
Load more