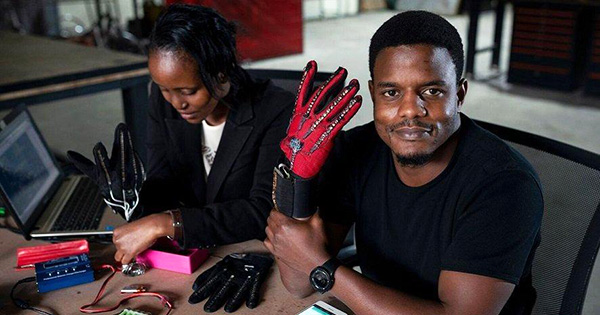 Roy Allela, a 25-year old engineer and inventor from Kenya, has found the ultimate solution to bridging the communication barrier between deaf and hearing people. He has invented the Sign-IO gloves that can translate signed hand movements to audible speech so deaf people can “talk” even to those who don’t understand sign language.

The Sign-IO gloves feature sensors mounted on each of the five fingers to determine its movements, including how much a finger is bent. The gloves are connected via Bluetooth to an Android app that Allela also invented which uses a text-to-speech function to convert the gestures to vocal speech . . .

Over the weekend, Netflix kicked off its release of classic Black sitcoms, hailing mostly from the ‘90s and early ‘00s. “Moesha” came to the...
Read more
- Advertisment -

Below are five yoga poses that will help keep people of all ages relaxed and happy.    While we are all stuck inside with limited activities...
Read more
Load more