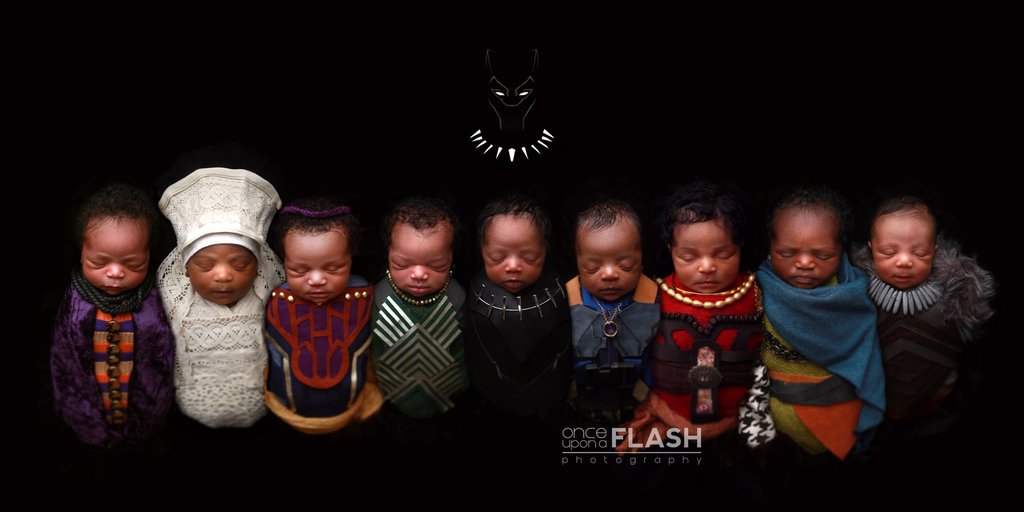 We don’t know if Wakanda had a nursery, but if it did, the babies would look like the images just released by high end newborn photographer, Kennisha Fisher.

The series, which she calls “Wakanda Beginnings” is the most adorable yet powerful newborn photography series we’ve ever seen. In it, nine newborn babies are reimagined in clothing similar to what Ruth Carter created for Black Panther . . .

For the full story follow the link below to becauseofthemwecan.com.